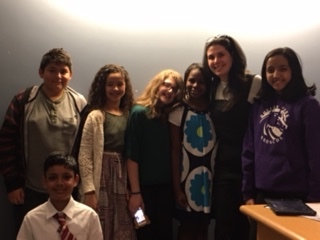 A few months ago, a lovely media specialist from the Troy District Schools notified me that THE INN BETWEEN had been nominated for this year’s Troybery award. I was ecstatic! The following weeks, students read and voted on their favorite titles. Sadly, INN was knocked out during March Madness while pitted against the awesome novel, CLICK HERE TO START, by author Denis Markell. Then two great things happened. One, INN was voted back in as a wildcard! Two, Denis and I became friends! (The kidlit community is friendly and supportive!) 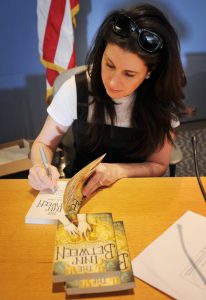 When asked if I would Skype in for the ceremony for a Q&A, my response was simple: no. No, I would not Skype in…becasue, I’d DRIVE in!! After all, it’s only a short four-hour jaunt and it’s not every day you get nominated for a Troybery! I had a wonderful time at the celebration where I met many enthusiastic readers! 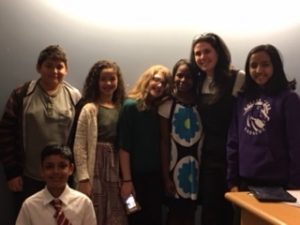 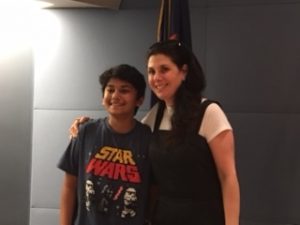 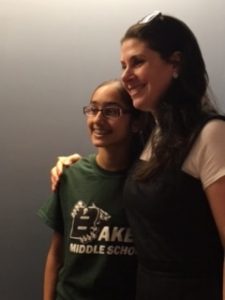 There was a slideshow of student fan art–and even a few poems written about fav books.

I signed nearly 70 copies of INN! 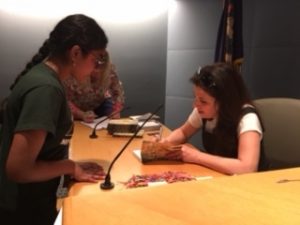 After the big announcement–the winner of this year’s Troybery was OCDaniel, by author Wesley King–I did a short presentation involving 7 keys and 7 secrets about THE INN BETWEEN. They are sworn to secrecy. 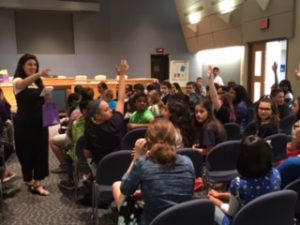 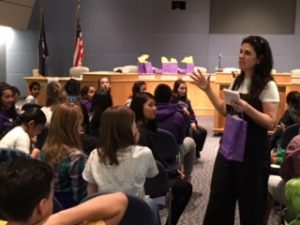 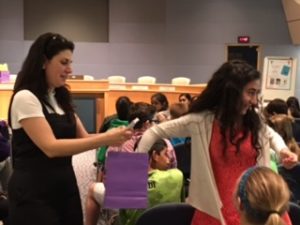 Thank you so much Troy District Schools for the nomination as well as an AWESOME day!!!

A contest, Halloween fun, and a Teacher’s guide for A Box of Bones!